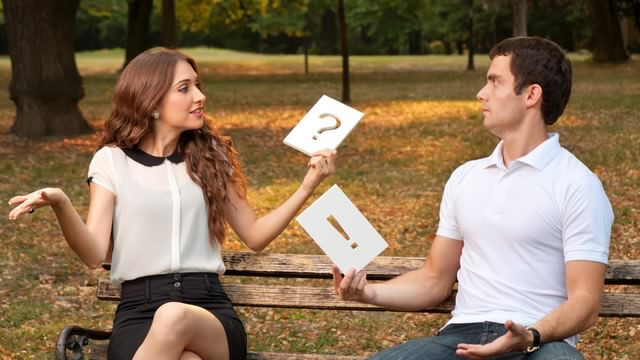 That may be true for relationships. When it comes to where men and women specialize in business school, they may increasingly be following the same orbit — with a few notable exceptions.

That was one insight from a new report from Ready4, a mobile learning platform that helps students prepare for standardized tests, research schools, and find scholarships. According to Ready4’s data, men are almost twice as likely to pursue finance and consulting in MBA programs as women. However, the tables flip when it comes to accounting and marketing by a near equal 2-to-1 margin for women.

FINANCE TOPS FOR MEN AS WOMEN CHOOSE MARKETING AND ACCOUNTING

These findings are based on responses from more than 10,500 American Ready4GMAT users, including 6,699 men and 3,936 women (almost a 2-to-1 split). In the survey, conducted from March 2015 to September 2016, users were asked to identify the one concentration they were most likely to pursue in business school. The survey did not ask the reasons behind their choice, nor did it capture their target schools (though a 2016 Ready4 survey of its 250,000 global Ready4GMAT users found Harvard, Stanford, and Wharton ranked as their three most popular targets).

Nearly a quarter of the responding men—-23.41% to be exact—-planned to specialize in finance once they entered an MBA program. While finance was the most popular potential concentration for men, it only ranked third among women at 13.77%. What was the top choice for female GMAT test-takers? Marketing and accounting, which tied at 14.23% among women. These concentrations, however, generated less enthusiasm among men, chalking up 7.12% (accounting) and 6.27% (marketing) totals there.

There was also a marked enthusiasm gap between men and women in certain specializations. Men, for example, ranked strategy (4.82%) and operations management (3.52%) among their top 10 areas of study. Neither area makes the top 10 for women. Instead, their preferences include two concentrations ignored by men in the survey: health care administration (4.9%) and human resources (3.89%). Another difference involves consulting, which was chosen by 6.40% of men compared to 3.68% of women.

Despite those differences, there also were several areas of agreement. In particular, both genders were increasingly gravitating toward entrepreneurship, which ranked third among men (8.27%) and fifth among women (6.02%). General management was also popular among both genders (8.66% for men and 7.16% for women), as was international business (4.67% for women and 3.43% for men).

This alignment is likely to become more of the norm, says Elad Shoushan, Founder and CEO of Ready4 and a 2014 MBA from MIT Sloan. He argues that such disparities will diminish as gender gaps continue to close across business in general. “As women continue to break down barriers in traditionally male-dominated fields such as finance,” he says, “we expect the ratios of men and women interested in each sector to steadily even out.”

ENTREPRENEURSHIP GAINING TRACTION AMONG BOTH GENDERS

That’s key, as gender, particularly among women, can play a key role in networking and mentorship. Such support translates into opportunities and jobs. Not to mention, their specialization choices often dictate their earnings. Take marketing and accounting, the top two choices for women in the Ready4 survey, which takes up nearly 28.5% of their sample. According to 2016 data from PayScale on the highest-paying MBA concentrations, marketers make $123,000 in median pay by mid-career (15 years or more after graduation). Accounting MBAs earn even less at $115,000 (and that’s only with a combined finance background).

Compare that to MBA finance, which attracts nearly 23.5% of men. They are earning $138,000 by mid-career, $15,000 more than marketers and $23,000 higher than accountants. In other words, men hold an earnings advantage based on what they study. That’s particularly true with human resources and healthcare administration, two popular avenues for women, ranking among the lowest paid MBA concentrations, according to PayScale.

As expected, the most popular concentrations overall skew towards male preferences, mostly because men account for nearly two-thirds of the survey respondents. Nearly 1-in-5 America GMAT test-takers at Ready4 selected finance as their top choice for a concentration. However, these prospective students bring a wide range of interests to campus, with only finance breaking double digits. Accounting (9.73%) and marketing (9.22%) rounded out the top three preferences, followed by general management (8.12%), entrepreneurship (7.44%), and consulting (5.39%).

Entrepreneurship sticks out here. However, its inclusion among the top five concentrations for potential incoming MBA students was hardly a surprise for Shoushan, who followed the entrepreneurship and innovation track at Sloan and had founded Ready4 nearly eight months before starting his MBA. “The benefit of concentrating in entrepreneurship while in business school is the opportunity to take risks and fail in a relatively safe environment. Some of the best programs, such as the MBA experience at MIT Sloan, base the curricula on the actual launch of a business rather than simply the theoretical discussion of the topic.”