You are here: Home / Blog / The Best Global MBA Programs 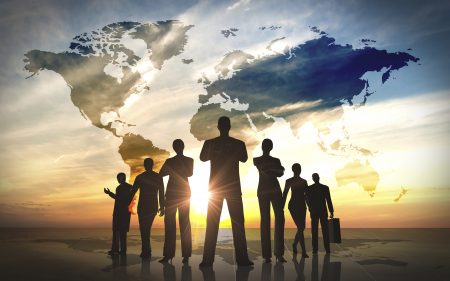 In her first week as an MBA student at the Spanish B-school ESADE, Elizabeth Caswell and her classmates were each asked to prepare a presentation on a company they felt would be a good place to work. Caswell selected KB Home, the $9.4 billion Los Angeles homebuilder. When it was her turn, the Massachusetts native got up and shared her findings, complete with company financials and stock prices. When she finished, her classmates politely applauded her efforts.

In fact, they hated the presentation, likening it to a used-car commercial. She was brash and aggressive, they complained, extolling as she did the strengths of the company. Her confidence came off as arrogance. In short, the pitch was very American. “It was a major wake-up call,” Caswell recalls. Over the next few months she learned to express her ideas in a more humble way, and soon she was no longer offending the sensibilities of her classmates.

What Caswell found at ESADE is what many potential MBAs are looking for, a program that offers a strong dose of management theory–and a global perspective. Because few U.S. MBA programs can match the diversity and international flavor of a school like ESADE, where 74% of students are from outside of Spain, more and more students are heading to schools in Europe and Canada. According to the Graduate Management Admissions Council, the number of American students attending MBA programs in countries like Spain, France, and England has risen from about 2,100 in 2000 to 3,550 in 2005.

This is good news for the top 10 schools in BusinessWeek‘s 2006 ranking of the best non-U.S. MBA programs. While the programs differ, each manages–through program design and classroom diversity–to expose students to a world of cultural differences. On average, 64% of the students hail from abroad, compared with 35% at the top 10 U.S. schools. With such breadth, students learn as much from their classmates as from their professors, not just about marketing and finance, but also about how management styles differ in various parts of the world. And this becomes more important as business becomes an increasingly global affair. “Students are beginning to understand that they have to learn to deal with specific problems they will face if they operate in Russia, or China, or Brazil,” says Jordi Canals, dean of the Barcelona-based IESE Business School.

How does Queen’s do it? For starters, it divides students into groups of five or six “participants,” with each group consisting of several different personality types and nationalities so that conflict is almost guaranteed. Unlike most B-schools, where new teams form for each class, Queen’s students belong to a single team for the whole program, much as they would on the job. Each team is assigned to a 15-by-20-foot “office” where each student has a cubicle and is expected to keep office-like hours. It’s here that students spend a majority of their non-class time, discussing projects and working on assignments. And it’s here where much of the magic happens. Students learn how to work as part of a team–resolving differences and solving problems–in a way that can’t be taught in the classroom. “Students are treated like professionals, and they’re expected to treat it like a job,” says Alan Ridgeway, a 2006 Queen’s grad.

This experiment in reality learning has students and recruiters singing the school’s praises. But administrators aren’t easing up. In late September, Dean David Saunders announced plans for a curriculum redesign that will allow students to customize their course loads based on their experience and career goals. For Saunders, the decision to make the change was simply a question of listening to the market. “We talked to employers and alumni and built off of their feedback,” Saunders says.

Indeed, if there’s one lesson that international B-school administrators have learned this year, it’s that the needs of recruiters matter just as much as those of prospective students. To deliver the kinds of grads who can hit the ground running, the University of Western Ontario’s Richard Ivey School of Business last year cut the length of what had been a two-year program in half and revamped the curriculum. The school now requires students to examine case studies from numerous viewpoints, in essence grouping together various disciplines–finance, marketing, operations, and so on–that would ordinarily be chopped up into individual courses. “We’re thinking about it as learning from an issues perspective as opposed to a functions perspective,” says Ivey Dean Carol Stephenson. The changes seem to be working: Western Ontario rocketed up four spots, to No. 2, and was the top choice of recruiters, who say Ivey grads are quickly able to adapt to the workplace with little additional training.

SOLUTIONS TO THE HIRING PUZZLE

As impressive as that sounds, Ivey’s improvement in the ranking was modest compared with that of the University of Toronto’s Joseph L. Rotman School of Management, which leapt six spots, to No. 3, the biggest jump in the ranking. In 2004, Rotman grads said it was hard to find jobs even at the Canadian companies making an annual pilgrimage to campus. In response, the school designed new courses on everything from presentation skills to networking and brought corporate leaders and alumni into the classroom. Sean Bartman, a senior manager of recruiting at Canadian Imperial Bank of Commerce, is one of a handful of recruiters who visit Rotman to hold mock interviews and training sessions. According to Bartman, who helped implement the sessions, these are important pieces of the hiring puzzle. “You can’t just go into an interview cold and expect to do well,” he says. Judging from the hiring numbers at Rotman, the work is paying off. For the class of 2006, 94% had a job offer within three months of graduating, the school’s best job placement performance in years. The only real complaint from students at Rotman is that they would like to see a few more companies from outside of Canada visiting campus.

With Canadian schools dominating the upper end of the list, several highly ranked European schools found themselves slipping to the middle of the pack this year. The International Institution for Management Development (IMD) fell to No. 4, from No. 2, despite receiving the highest possible ranking in the student survey. The Lausanne (Switzerland) B-school, where students average seven years of work experience–far more than any of the other schools in our ranking–is the destination of choice for those in search of highly experienced classmates, and who might otherwise choose an executive MBA program. That was the choice that confronted Laurent Collier before he chose IMD. “I was already a manager with a good salary,” Collier says. “I wanted to be working with people that had the same [level of] experience as me.” What Collier found in the 11-month IMDMBA was an intense, boot-camp-like experience that provided the career bump he was looking for. “Getting only five hours of sleep a night was worth it,” he says. But the experience comes at a price. Some recruiters skip IMD because its grads are looking for positions at a higher level than companies can offer.

For many European schools, the most troubling problem this year was a perennial one: attracting international recruiters. With so many foreign students looking to return home to work after earning their MBA, schools that fail to attract recruiters from those countries are at a big disadvantage. This is, no doubt, one reason why No. 6-ranked INSEAD hired J. Frank Brown, a retired executive at PricewaterhouseCoopers, as its new dean–to attract more international companies to the school’s Fontainebleau (France) and Singapore campuses.

It doesn’t help that many smaller, regional recruiters aren’t able to pay the high salaries that are a top priority for most students. Patricia Ferrando, a recruiter at Barcelona-based EuroPraxis Consulting, which hires at INSEAD, ESADE, and IESE, says it’s becoming more difficult to get MBAs from those schools in the door. “It’s hard to compete for top talent,” she says.

European and other international schools sometimes complain that poor name recognition puts them at a disadvantage when competing against Harvard, Wharton, and other top U.S. schools. But if they continue to succeed in producing graduates who can thrive in the global marketplace, that may change.